Karl’s journey – with Zoe to Croatia

Karl’s journey – with Zoe to Croatia

If you’ve already tried it, you can’t deny it: an electric car like this is simply great to drive. No noise, no emissions and a driving experience that calls everything else into question. But at some point, the time comes when you have to charge. In Germany, the expansion of the charging station network is progressing day by day and the next charger is never far away. In other countries, however, this is often not the case. At the latest, when summer is approaching and the next holiday is on the cards, you have to take a closer look at the range and charging options.

Karl, an enemy of exhaust fumes and a staunch advocate of eMobility, took the plunge and, together with his companions and a Renault ZOE, undertook the adventurous journey to Croatia, 2233 km away. Find out here whether he arrived and what hurdles he had to overcome along the way:

From Nuremberg to Zadar 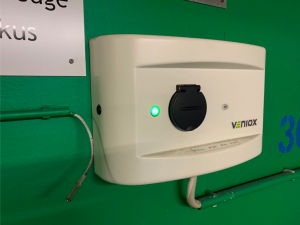 “At the beginning of the journey, everything was still going smoothly. Charging in Passau was free of charge and went without a hitch, even though a cable was hanging out of the wall and not connected…

Charging is not for the faint-hearted. After an unsuccessful attempt to charge at E-Wald in Vilshofen (server down), we managed to refuel somewhere in the middle of nowhere at a charging station decorated with cobwebs and inhabited by a beetle colony – an ecosystem all of its own. 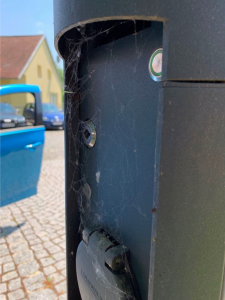 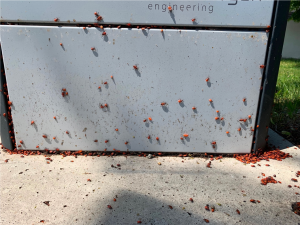 In Liezen, Austria, we came across a charging station where everything finally worked. Unfortunately, rapid charging is put into perspective when the Zoe can only use 22 of the 43kW. But you just have to know how to use the waiting time properly. A shopping centre nearby gave us the opportunity to enjoy some local products. 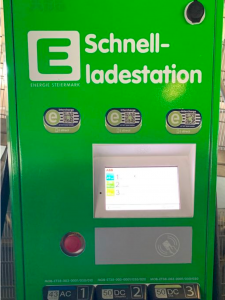 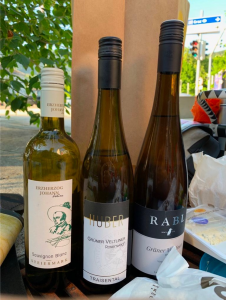 After another charging stop on the motorway, we were relaxed about the rest of the drive to our stopover in Zagreb, with radiant weather and clear roads. Even though I had to step on the accelerator to get to the hotel before the reception closed. Fast driving consumes a lot of electricity, so we just about reached the hotel with only a 21km range remaining. 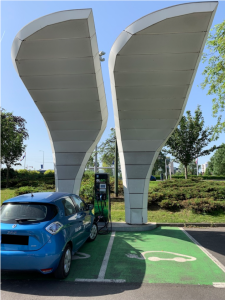 Although we had chosen an accommodation that advertised charging facilities, we unfortunately found out that they “have been reserved for Tesla drivers for months, who, by the way, are also good guests who show up before reception closes” – unlike us.

So we set off again, virtually without any battery, to look for a nearby charging station – always expecting to have to get out and push at any moment.

Eureka! A little later he was successful. But his joy did not last long. On closer inspection, Karl found a rather battered plug. Out of sheer desperation, he plugged it in anyway.

Only to realise that the whole station was out of order. At least the error message was in German. When pulling out the plug, there was an electric flash, which mirrored our feelings exactly…

After this devastating experience, it took me a few kilometres to finally strike it rich. In the meantime, the car was only driving with the power of my thoughts. 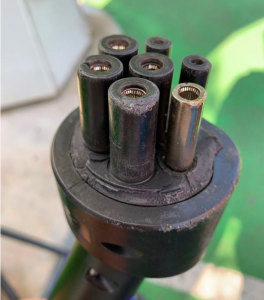 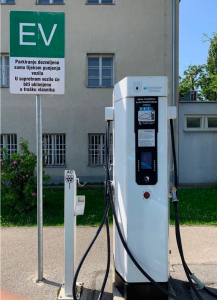 But where there is shadow, there is also light. In this case in the form of a beautiful and even unoccupied charging station that saved the lives of me and Zoe.

With 80% battery power, we continued our way to Zadar: on toll roads with few turn-offs and without meeting a soul.
Following the instructions on ChargeMap, we took an exit to a village consisting of a collection of sheep and an old petrol station. And, what a surprise, no charging station to be seen for miles. I suspected that the note on the map was misplaced and actually belonged to the next service station. So I drove on with 11% battery. In the hope that my theory would be confirmed…

I was right! Now it was time for a two-hour break and to take it nice and slow! 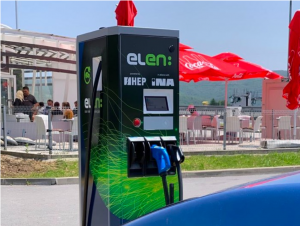 Unfortunately, we were now so late that it was almost impossible to reach the sailing ship on time. Torn between hypermiling*, driving fast and the danger of running out of battery power, we went on our way sweating with the air conditioning off, crammed between trucks and diesel exhaust fumes. 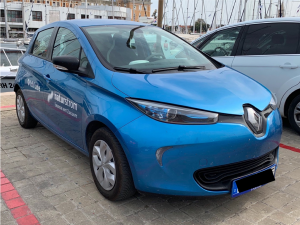 Eventually we made it to Zadar, although with only 3% battery and late in the evening, but in one piece. For one day, we were really glad to exchange electricity for wind in the sails (and diesel in the engine). Now it was time to relax. And we needed it, because the return journey still had some pitfalls. 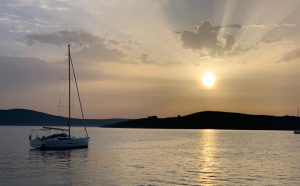 Do you want to know what happens next and whether Karl will make it back home? Then read part 2 of his report…